What’s Worth More than Money? 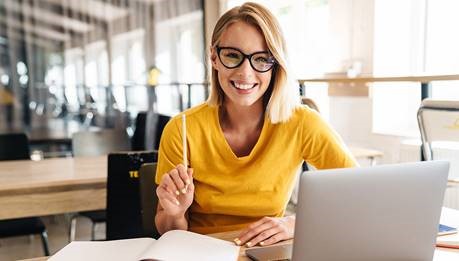 A couple weeks ago, my significant other accepted a job at a company that offered him every one of the non-monetary benefits he had been asking his current company to offer him for the last three years. He was the second person that day to give his notice and the third person that month. His boss was incredulous when he told him why he was leaving, refusing to believe that another company offered those things even though he knew it had been entirely possible for him to have offered them at any point over the previous three years. There were four things my significant other wanted, but even just two of them would likely have prevented him from looking for another company.

He made good money there, and he liked his co-workers, but at the end of the day, he could like his co-workers anywhere, and the non-monetary benefits were of higher importance to him than money (although the new company did also match his pay). This is a perspective becoming more common across the board in the U.S. in the last several years, and it is only growing. It is true that some careers are more demanding than others, but sometimes, I think we need to stop and ask ourselves if the problem is the work or the workplace.

I have had similar experiences in jobs. There was one in particular that really made me assess my values. The pay was not great, but I enjoyed the work I was doing (lesson from a previous job that I am more willing to make adjustments to my lifestyle than sacrifice my mental health for a large paycheck); however, the workload was way too much for one person, and because there were strict deadlines, and public, passive aggressive shaming if they were missed, it began to feel like I could never be off the clock. It quickly became more stressful to take time off than to just skip vacations and work all the time. At one point, I was going through a nearly unbearable life event, and I simply did not have anything to give to my job or my clients at that point. Recognizing this, I asked my superiors to work with me to have a couple weeks off to take care of myself and find my footing. They did nothing, and I received their message loud and clear: I did not matter as a person to them. I was just a number, and there was no room for life to happen in that job. It started to feel increasingly difficult to give my time to them knowing they would rather have me leave entirely to get the time I needed than allow me to take a short break, so I quit. I took my current position where I have since always felt valued in the workplace, and the difference is monumental in job satisfaction.

I am a Xennial (not quite generation X, not quite Millennial), so I grew up with the notion that making good money is the only thing that matters; nobody is really happy at their job, that’s just the way it is, suffer through and then retire. But incoming generations are challenging that belief and demanding a movement toward improving in their work experience, and for someone in my age category it really is simultaneously mind blowing and blatantly requisite.

The assertion that we live to work is prehistoric, and increasingly often, a high salary is not the most important form of compensation to workers. This was initially evident with the Millennial Generation, but from Millennials to Generation Z, there continues to be a down trend relating to where salary falls in the priority list for determining whether a job is good. Instead, younger employees are ranking good work/life balance, opportunities to grow, flexible work schedules, ability to take realistic parental and other leave, and remote work options above a high salary in their definitions of a good job. This should be great news to employers. And in fact, research has shown that these things actually create a mutually beneficial exchange for employees and employers, so frankly, it is astonishing to see there are still a significant number of workplaces that seem happy to rest on the laurels of the past while disregarding that it is costing them talented, hard-working employees that could be (or have been!) true assets to their mission.

In reality, this isn’t a new concept. Other countries recognized this long ago, so we have not only been able to see through their operations that when employees have high job satisfaction, they are more pleasant and productive during working hours, but also that employers experience lower turnover, and possibly most importantly, money does not necessarily equate to job satisfaction.

It’s a win-win when employees feel valued and balanced, so why is there such a strong resistance to change within some entities? In the example of my significant other’s former company, why was there such effort put forth to maintain an illogical, ineffective, outdated perspective on what the workplace should be like when it is clearly costly? That effort could be applied toward making strides that support employee retention. I think it’s time to accept that there are other ways, better ways, to do business.